ALL I NEED IS ONE MIC

DJ 1Mic is a mixtape dj, from the suburbs of Harrisburg, PA. He got his start in late 1999, during 10th grade, making mix cds for friends with all of the best songs from DJ Clue, Green Lantern, Tony Touch, Whoo Kid, Stretch Armstrong, Big Mike, Cutmaster C, under the original moniker "CrackGods". In 2005, DJ 1Mic was born during an extended blunt session with friends. From that day forward DJ 1Mic has paid tribute to those same dj's who came before him, and inspired his journey into the mixtape realm of hip hop. DJ 1Mic was able to track down many of the same promo quality tracks the bigger names from the New York area usually had exclusive access too, all from his basement in Harrisburg, PA, thanks to the slumz of boxden. In 2006, DJ 1Mic connected with underground hip hop, and New York City radio veterans DJ Mixx and DJ ReadyCee, DJ Mixx in particular took 1Mic under his wing, and with his guidance and education, DJ 1Mic elevated his skills, mixing, song selection, attitude, work ethic, and began to master the craft of making legendary mixtapes. This hard work led to DJ 1Mic having his work co-signed by Guru, Skyoo, Torae, Freeway, Sha Stimuli, Termanology, Three Six Mafia, Paul Wall, Trae The Truth, Trife Deisel, Chris Rivers, Godfather Pt III, Illa Ghee, Foxy Brown, Yukmouth, and countless other respected members of the hip hop community. 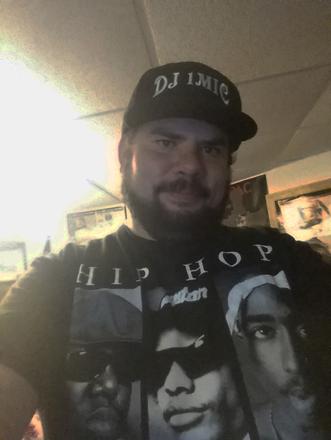